A bit more information on the rest of the Producers who travelled over.... 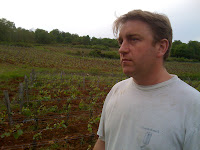 Does a winemaker who sells their wine for €5 a bottle work less hard than one who sells for €50 a bottle? There are many things to debate about winemaking – terroir, grape variety, elevage, climate and of course that all important price. But one issue that probably causes more debate than anything else – and can be universally relevant to any winemaker on the planet, is the issue of Organics. With the certification originally conceived as a way to quite simply to highlight a particular (and very positive) approach to winemaking, it has been somewhat hijacked in recent times by the rather nebulous “Natural” wine movement in addition to being effectively crippled by unwieldy legislation that strangely applies the “organic” aspect only to work undertaken in the vineyard.

So as a Producer, what do you do? You can either go down the as-yet undefined and uncertified “natural” route, or you can choose the Organic certification, but approach the entire process in both a knowledgeable and sympathetic way – understanding rhythms and cycles that take place in both the vineyard and winery.

Emmanuel Guillot-Broux does just that. In his own words “organic winemaking is not about the label – it’s about respecting the earth, man and wine.” His father, Jean-Gerard Guillot, worked for various winemakers further north in the Cote d’Or, including a stint with Bernard Michelot in Meursault. In 1978 he returned to Cruzille, recognising the potential of some of the prime vineyard sites that were effectively lying idle in a (at the time) less prestigious region. Starting with just 1 Hectare, he applied his experience gained in the vineyards in Meursault and worked rigorously to develop the Domaine.

In 1991 he was awarded Organic Certification. The Domaine expanded to encompass a number of key vineyards – “Perrieres” (stony place), “Genevrieres” (place of junipers) and “Combettes” (little coomb) – again, echoing the continuing influences of the Cote d’Or. 21 years after Organic certification the natural balance in the vineyards allows each terroir to express itself with amazing identity. Yields are relatively low (between 30 and 55 hl/ha), harvesting is by hand and natural yeasts are used for spontaneous fermentations.

But Organic certification is not a be-all and end-all to winemaking. It doesn’t mean your wines arte made magically (or more easily) by Mother Nature. Any winemaking requires considerable skill (and the odd helping hand from Nature) to utilise the range of tools and techniques available to the producer. Understanding their impact can only be gained through experience. So, for example, the contentious (but essential in my opinion) SO2 is used sparingly. How many certified Organic winemakers will note on their website that they use minimal sulphur? Many just avoid the issue and hope no-one asks. For me Emmanuel is a “true” Organic winemaker, producing wines that reflect pure fruits, transparency, individuality and energy. Better that I can actually understand how he achieves this, rather than being caught up in a debate about trying to understand what “natural” actually means. 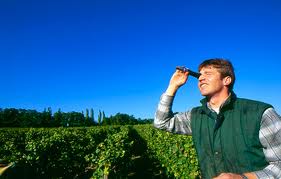 Gregor Breuer came over as Gunter was unable to attend. Is Riesling still an insider secret here, or has it emerged onto the wine stage as a fully fledged alternative to other less racy and interesting whites? I’m not sure to be honest: I think it has yet to be fully embraced and there’s still a fear of getting a limp, watery and slightly sweet version. Oh how I wish I could convert many friends to this great grape variety.

The Künstler family have been at winemaking since 1648, so you’d expect they’d know a bit about it by now. Actually, the original winery was about 80km North of Vienna in the South Moravian region of the Czech Republic. However the family had to move at the end of the Second World War and in 1965 Franz Künstler re-established the winery in Hochheim-am-Main in the Rheingau region of Germany.

He quickly re-established their reputation, winning many awards and in 1992 Günter Künstler took over the reins and continued to develop the Estate. The silverware continued to arrive: in both 2001 and 2002 they were awarded “Best German Wine Producer” at the International Wine & Spirit Competition/London to even more recent accolades: “100 Best Wine Estates in Germany” in Vinum Magazine and “Winemaker of the Year 2001” for Günter from the Frankfurter Allgemeine Zeitung.

Around Hochheim-am Main, the River Rhine changes its direction and begins to flow westwards for about 35 kilometres. Hochheim is the only wine-growing community in the Rheingau region (one of the world’s smallest and most exquisite wine-growing regions) that is directly located on the River Main. Here, shortly before joining the Rhine, the River Main flows around a south-facing and cone-shaped hill that is neither shaded from the east nor from the west. This is where the Rheingau offers the "King of White Wines", the Riesling, a unique south-facing location while up to 880 meter-high mountain ranges of the Taunus protect the vines against the cold north winds. This creates a Mediterranean microclimate along the 50 degree line of latitude where even lemons, figs and almonds can ripen.

And it is that northern location that in the summer months provides longer periods of sunshine during the daytime. Thus, the Riesling grapes are able to ripen fully, even at moderate temperatures. This favourable location, supported by the light reflection and warming influence of both rivers, guarantees the uniqueness of these vineyard sites.

Today the vineyard area totals 37 Hectares representing the most prestigious vineyard sites in Hochheim such as Kirchenstück, Hölle, Stielweg and Domdechaney. 76% of the wine estate’s areas under vine are "Erstes Gewächs" classified sites. 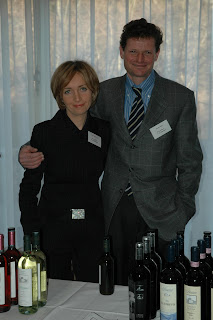 We first met Anna-Rita and Paolo Masi at the end of a long trawl around the annual wine circus that is VinItaly in Verona. Five days of slurping, burping, hog sandwiches and noisy Italians (not to mention pretty much every other Nationality) would be enough to test anyone’s stamina. I think we visited them on Day Three, and then again on Day Four – and then again on Day Five – just in case!

They are a bit of a rarity in Tuscany – excellent wines at reasonable prices. It’s a sad fact, as Tuscany is home to some of the world’s greatest wines, but many at eyewatering prices. Yet Paolo greets us every year with an effortlessly accomplished range of silky smooth and perfectly polished wines that manage to the achieve the near impossible – combining individuality and quality with approachability and sheer drinking pleasure – you can’t ask for much more.

Paolo is someone who takes his work very seriously. Although the huge folder that constantly accompanies him contains details of every single accolade (deservedly so – most recently “Best Value Wine” in the influential Gambero Rosso 2012) that the wines have collected, and his furrowed forehead and a semi-permanent slightly stressed look give the impression of a marketing genius, you get the impression that he’s happiest out in the vineyards working with his vines.

The Masi family have owned the estate since 1900. It is located right in the heart of the Chianti Rufina area, on the top of a hill overlooking the Argomenna valley on one side, and the right bank of the Sieve river on the other. The vineyards are at an elevation of 300 meters above sea level, lying on a very stony soil, locally known as Galestro. The micro-climate is ideal for the ripening of the grapes. It is dry and breezy, marked by scarcity of rain and a remarkable range of night and day temperatures in summertime. There are 30 Hectares of vineyards, along with 20 of Olive trees and another 20 of Forest.

For all the 112 years of family history behind him, Paolo has a very modern approach. In the last fifteen years he has been engaged in a programme of research for the highest quality. Continual investment in planting new vineyards, building a new winery for the vinification and the obligatory purchase of lots of oak barrels has paid dividends. 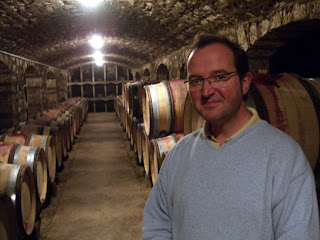 We have been working with Jean-Marc for just over 10 years now. When we first met him, he seemed very shy – in fact, I don’t think he spoke a single word during the tasting. If your image of a winemaker is one of a garrulous, opinionated and confident man (or woman), then Jean-Marc doesn’t really fit the bill.

However his wines were impressive in their own right, and more than made up for his lack of idle chit-chat. In recent years, his reputation has soared, and his quiet character has emerged somewhat to embrace a scarily load ringtone on his mobile phone and some very trendy red-rimmed spectacles. But he is still, relatively speaking, a quiet man – preferring to let the wines to do the talking.

Jean-Marc has been growing grapes and honing his winemaking skills since the late 1980’s. He started Estate bottling in 1992 with a limited range comprising a Cotes de Nuits Villages, a bit of Vosne Romanée and some Clos Vougeot. In 1997, he and his wife Christine, had the opportunity to take control of some vineyards that had been leased out to other producers. This allowed them to add substantial plots of Premier (Vosne 1er Cru “Suchots”) and Grand Cru (Echezeaux and Grands Echezeaux) to their range.

Jean-Marc strives to produce pure, soft, mesmerising Burgundies, with the accent firmly on the watchwords for Pinot Noir – aroma and fruit. All the fruit is de-stemmed and care is taken not to over-extract on the basis that the low yields achieved mean the density of texture and flavour are already to be found in the fruit.

Following harvest, the musts are cooled to below 10 Celsius for a “cold soak” allowing an initial aqueous extraction (rather than full alcoholic extraction) and the juice is pumped over the cap for 4 or 5 days of maceration. Fermentation normally lasts for about 14 days, with twice-daily punchdowns. The wines are then racked into oak barrels – no more than 50% new oak for the Grand Crus, and 25% for the Village and Premier Crus. Bottling is usually relatively early to preserve freshness and aroma – the 2010’s will be bottled in April 2012.

Volumes produced are small – around 1,200 bottle average per cuvee.