Why I feel a little defensive.... 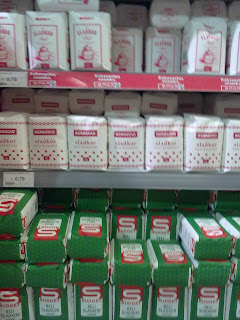 Well, I think I feel a little defensive, but maybe it’s misplaced....... It’s all this sugar and chaptalisation business. Maybe it would have been better not to mention it at all – maybe just pretend everything was wonderful, the sun shines all the time and perfectly ripe grapes pick themselves and jump into the vats. But that’s not how it happens. I think I’m feeling defensive because of my naivety – not naivety about winemaking techniques (I’m well aware of the good, bad and indifferent styles) – but naivety about the fact that we thought we might be possible to do it differently. That somehow we could bypass all the challenges that Nature throws at you and pull off some winemaking magic that everyone else who had been doing it for much longer than us had somehow missed – the equivalent of reinventing the wheel. More like misplaced arrogance.

So before I go on, let’s get some of the initial defensiveness out of the way: the last time they chaptalised the wines in this region was 1995 – so it’s not exactly a regular occurrence and only a necessity when triggered by a freak of nature. And I really like the wines and their winemakers - and happily fly the flag for this region as a source of excellent white wines.

But for some reason, many winemakers (worldwide) have an inbuilt defence system when it comes to talking about what they do with their wines. I remember, a few years back, tasting in the cellars of one of the top producers of red Burgundy. We had just tasted their 2005 Richebourg (so that narrows down the options on who it was!) from barrel when the producer noticed something in the background and made a few discreet hand signals to one of the cellar workers. A small weighing scales and a bag of white powder sitting on top of a barrel were quietly whisked away. Now, they were either all doing lines of cocaine down in the cellar, or they were acidifying the wines. The latter is more likely. But why were they acidifying what should have been perfect wines? The 2005 vintage delivered Burgundian winemakers a mythical vintage, but for some reason (maybe they messed it up somewhere) they felt the need to acidify. But they also felt the necessity to try and hide this fact. The general public don’t like to believe their wines have been meddled with. But the reality – to varying degrees – is very different.

So while I was sitting here today – waiting for fermentations to start – I began to try and define my own understanding of a “natural” wine.

So is it a wine that hasn’t had any human intervention? But what about pruning and training the vines? A “wild” vine grows close to the ground. What about controlling fruit yields by pruning, or by green harvesting where the fruit is cut off half way through the growing period? Is that natural? What about canopy management and deliberately stripping off the leaves to expose the bunches to sunlight? What about temperature control? Cold stabilisation of white wines is very common – yet it deliberately postpones the onset of fermentation so that the must has a chance to settle and clear.

So maybe then it’s a wine that hasn’t had any chemical intervention? But what about spraying? Of course, there are different types of sprays, and undoubtedly organic is preferable, but even the use of copper sulphites is controversial as it leads to deposits building up in the soil over time. And not to spray at all is sticking your head in the sand. Anyone who has grown potatoes and not sprayed for blight will understand. And that’s without all the stuff floating around from the neighbour’s vines. What about sulphur? It’s a bad word among wine consumers, but a realistic necessity among winemakers. Making wine without sulphur is very risky and difficult - if not effectively impossible. Anyway, to those that claim to have totally sulphur-free wines – it’s technically not possible. Sulphur is also a by-product of the fermentation process. The key to sulphur is the amount involved – and coming from the most allergic family on the planet, I’m very susceptible to excess sulphur and the associated asthmatic effects. Also, there’s probably more sulphur in most food products on the shop shelves – just look for preservative E220 on food labelling. What about acidification? What about chaptalisation? What about yeasts – wild versus cultured? What if the wild yeasts don’t ferment your wine to dry, if they die off at a low alcohol level? Or if they create “off” flavours? Or if you get a “stuck” fermentation?

Well, OK, then maybe a “natural” wine is a wine without any mechanical intervention? But what about mechanical harvesters? Ok, to me, that’s an easy one as the problem with them is that they don’t differentiate between good and bad grapes. But then what about filtering? Or racking the wines by pumping? Or some techniques that are more the preserve of producers with deep pockets: reverse osmosis to lower excess alcohol levels, spinning cones for the same thing, micro-bullage during fermentation to accelerate it and “soften” the wine. What about oak barrels? What about battonage?

Where does it stop? The reality is that most of the above are used in some form or another by most winemakers. I’m not talking about big corporations that deliberately produce a homogenous, terroir-neutered, "safe" product year in, year out by all sorts of manipulation not even mentioned above (try Googling "Mega Purple" for example). I’m talking about the average, small producer who strives to produce a wine that has typicity and regional identity. I don’t agree with all the techniques I mentioned – but they are a reality in many cases.

So why are we all so hung up about talking about these things? I had to laugh this morning – I spent most of it mixing sugar into grape must and then adding it to tanks that were just beginning their fermentation. The funny thing is that there is no special “wine sugars” – it’s just regular white sugar. All the local shops have sold out – they have sold more sugar in the last week than they sold in the last twelve months. If you walk through the door in a pair of wellies and a boiler suit, they look at you pitifully and shrug their shoulders. I drove around all this morning looking for sugar. Now, if they did this every year, you’d think they’d be prepared!

And there I was with a producer who prunes immaculately, sprays carefully, picks selectively, crushes gently, stabilises intelligently and ferments with wild yeasts – stirring in sugar with an enormous egg whisk! Will the wines be any less natural for it? I don’t think so. The producer is doing it because it’s necessary – and they are doing it with the understanding of how best to ensure that the finished product is a well balanced and integrated wine. The same producer also will also lower the acidity by gentle battonage, rather than chemical intervention.

So my (current) definition of “natural” winemaking is simple: it’s intelligent winemaking. It’s the ability to understand all of the aspects that have produced the raw product that you are about to work with, and to try to maintain that authenticity through the vinification process to the best of your ability so that an individualistic and natural wine, authentic to its terroir can be produced. You understand what you’re working with, you understand why things happen, you understand what impact your changes have on what you’re doing and you strive to achieve an equilibrium by gentle tweaking, by gentle manipulation, to get to an end product that you believe best represents the ingredients that you started with. David Bird (I think – from memory) describes the challenge: from the moment the grape is picked, it starts to decay, and the challenge for the winemaker is to manage that decay and gently nudge the grape towards a finished wine.

The processes that I exclude from the above are anything that is done to reverse a previously deliberate choice. For example, if you deliberately leave your grapes to reach maximum ripeness for fruit impact, but also know that the consequence is high alcohol, which you plan to then plan to remove by reverse osmosis, spinning cone or just adding water – then that’s too manipulative for me.

The unknown variable each year is Nature. Last year, 50% of our crop was destroyed in just 20 minutes by a huge hailstorm (I wish I’d had a camera). No intervention was required during the vinification – but only half the volume was produced. This year Nature gave us torrential rain – and no choice but to intelligently adapt techniques to produce a reasonable wine.

To be honest, when we started this process this year, the last thing I imagined I’d be doing was stirring sugar into grape musts. It was just so far away from my idealistic vision of winemaking it wasn’t even on the radar. But I’m really glad I have done it – and understand it. At least, if you understand what you’re doing (or you think you do!), that’s a good start….

And as for defensive? Well, how about this from someone else…
“If I hear one more wet behind the ears newbie go off about natural wine I am going to vomit on him.
When the grapes learn to plant themselves, pick themselves and run the bottling line then talk to me about natural wine.”

I have a very long way to go, and much to learn, but I’m not that defensive!
Posted by Liam Cabot at 7:00 PM