Here in Kog, we are within 5 minutes of Croatia, 15 of Hungary and 30 of south eastern Austria. The region from here up into Austria is known as Stajerska, or Lower Styria, continuing into Austria as Styria, or Steiermark. The whole region is effectively a contiguous wine-producing region with many similarities on both sides of the border.

A few years back, Miro Munda from around the corner here in Jastrebci, approached the Polz bothers literally just over the border in Spielfeld about a joint collaboration for bottling his wines. So it seemed natural we would pay a visit too! 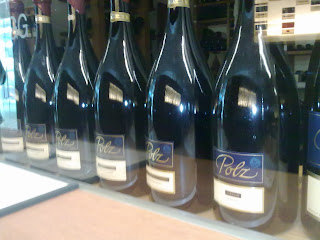 Today, Eric and Walter Polz’s eponymous winery is one of the most famous in the region. True, the region as a whole doesn’t have the same level of recognition as Wachau or Kamptal, there is no Gruner Veltliner grown (although it’s a topic of debate at the moment) and about 90% of the Riesling is Laski and not the supposedly better Renski variety. But 15 million year-old chalky and sandy soils produce ideal sites for Sauvignon Blanc and Morillon (Chardonnay) and it’s these two white varieties that the area has become justifiably well known for.

The Polz brothers have steadily expanded the winery over the past 25 years and now it hosts a huge array of gleaming fermentation tanks, various sized grape crushers and all sorts of control panels with lots of buttons to push – a bit like the set of a James Bond film! 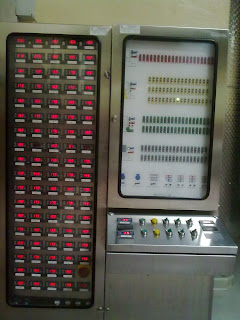 I have to admit that I don’t have much time for supposed “premium” Sauvignon Blancs – maybe I’m a philistine, but I prefer my Sauvignons simple and quaffable. And the issue of oaked-Sauvignon Blanc…, well, let’s not even go there. As for Chardonnay, well, there’s plenty of it about from just about every other wine-producing country in the world.

So after having embarrassed myself by asking to taste Gruner or Riesling, I reluctantly settled into tasting a series of Sauvignons and Chardonnays – with the odd Pinot Blanc and Traminec (Gewurztraminer) cuvee thrown in.

And I’m quite happy to admit my prejudices about Austria’s ability (or more rightly, Eric and Walter’s ability) to produce quality versions of both were overturned. What really stood out was the minerality in both. The vineyards really do impart an amazing minerality, seashell sediment style to the wines and the climate (a mix of Alpine and Mediterranean) means the grapes can fully mature slowly, resulting in a relatively late harvest and maximum freshness combined with good fruit concentration. And what about the oak? Well, the use of 2,500 litre old “botte” rounds out the wines and gives an extra dimension of richness without ever dominating the original fruit.

Yields are generally low, averaging around 40 hl/ha across the range and all the wines express varietal character, but with a regional individuality.

There are three levels of quality – for me the Classic line was the best. The Morillon/ Chardonnay 2009 (with no oak or malolactic fermentation) had a great minerality with richness of lime fruits and firm acidity (the acidity is a positive characteristics of many of the wines).

They also own another local estate called Tscheppe and the 2007 Sauvignon Blanc tasted was wonderfully structured – partly from skin maceration and a tiny portion aged in barrels – and partly from the ripeness of the 2007 vintage. 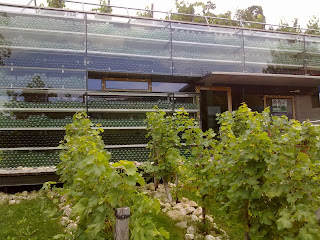 Whilst tasting at the state-of-the-art “Cellar Door” shop, it became clear that the winery was a very popular destination in itself. Case after case of wine was dispatched into the back of various vehicles including a Bentley Continental convertible! Apparently turnover on a single Saturday approaches that of a busy Dublin city-centre wine shop on Christmas Eve!