The Smell of Cycling 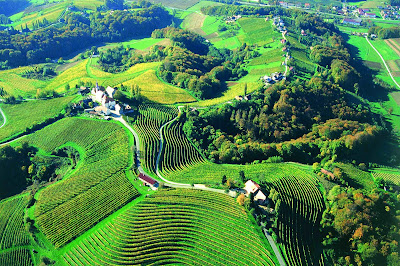 No, not the smell AFTER cycling, but the smells DURING cycling!

Every morning at around 07:00 I try and get out for a 45 minute cycle. You have to go this early to avoid looking like a boiled lobster on wheels later in the heat of the day. Also, it clears the mind before returning to the office and the computer to see what sort of madness is happening with the Bordeaux 2009 campaign or to sort out deliveries that have ended up in Doolin instead of Doonbeg.

Many people rightly equate cycling with exercise and sightseeing – cycling through the vineyards is a great way of looking at all the other vineyards to see what people are doing and what stage of growth they are at. However few consider the olfactory aspect of cycling. Nature is in full flight here – only two months ago there were still sub-zero temperatures – and now everything is happening very rapidly. The array of smells as you cycle around is amazing. In the clean, relatively cool air at 07:00 in the morning, the smells are still very separate before they are muddled by the heat of the day and convection currents. You whiz down hills through pockets of “sweet” and “heavy” air from the smell of animals, climb hills into fragrant and “lights” air from fields of poppies, crash into pollen-laden air from the grain crops – or zoom into the cool air under the trees and avoid mouthfuls of insects and then rush out the other side into a wall of aromas from freshly cut grass. It’s like smelling the individual herbs and spices in a stew before you put it into the oven to cook it all together.

There is one similarity with Ireland through. No matter what direction you go in – and especially up hills – the breeze always seems to be in your face!
Posted by Liam Cabot at 8:57 AM