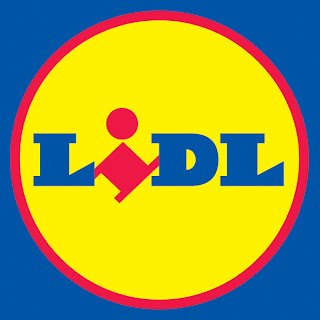 I have been meaning to have a rant about a rant for a few weeks now. But Lidl (and the Irish Times) beat me to it yesterday - Irish Times. So you’ll just have to trust me that I was going to rant about this anyway…

It’s all very well to argue about the origins, ethics and methodology of large producers vs. small producers or the dubious marketing techniques of major retailers – but it can often seem like we (the independent Wine “Industry”) are like the quality, style and trend “Wine police”, telling you what you should and shouldn’t be drinking. Anyone for a glass of “natural” wine while reading this?

Lidl’s decision to offer a “2 bottles for €5” deal yesterday brought everything to a head. It was unfortunate that the Irish Times didn’t get their facts right about Excise Duty (it’s €1.97 a bottle and not €2.72) but even at the lower rate, it’s pretty impossible to source a bottle of wine for around 3 cents, so we can only assume Lidl must have been selling below cost.

It was however hilarious that Conor Pope decided to “review” the wine (“Does it Pass the Taste Test?”) and managed to conclude that it wasn’t actually that nice at the end of the day. WHO CARES? IT’S GOT ALCOHOL IN IT.

And therein lies the problem. The sooner the Wine "Industry" in Ireland wakes up to the fact that it’s not just a middle class drink consumed by people who care if someone has used their bare feet to crush the grapes or not, the better. The simple fact is that it’s a beverage that contains, on average, 12.5% alcohol – and is becoming cheaper by the day.

Wine is the new front-line in the battle to attract a particular demographic of customers who want to buy cheap alcohol. Ever wonder why we don’t see so many promotions for beer or spirits? Mainly because the market is saturated by strong labels who don’t want to devalue their brand too much. But there are literally thousands of hard pressed wine producers out there willing to do a deal to shift thousands of litres of cheap wine – with no brand association other than grape variety and geographical origin. Some of these will appeal to people looking for an inexpensive “Australian Shiraz”, but to many, they are an inexpensive “hit”, delivering a nice “buzz” at a lower price than beer or spirits.

Imagine if we had weekly newspaper columns highlighting “Cigarette of the Week”? Yet we don’t (yet) seem to have that problem with alcohol. Look at Arthur’s Day for example.

But what Lidl (and others no doubt) are doing is pushing Wine as a cheap form of alcohol. And the Wine “Industry” seems oblivious to this. Below cost selling of all alcohol should be banned – not because I’m a whinger and can’t compete with the big boys, but because at the end of the day it’s simply irresponsible to sell something that has the potential to cause massive self-harm in such a way.

And if the Wine “Industry” doesn’t wake up to this reality, then the opportunity to responsibly sell a product that can be wonderful (for many, many reasons regularly highlighted) will be taken away from us by some form of blanket knee-jerk legislation. Quite simply: alcohol should not be sold below cost.

One final thought: if Lidl are happy enough to effectively pay the Excise Duty on behalf of their customers, can you really blame the Government if they increase it in the next Budget? If they see large retailers absorbing it, then maybe the Irish Times’ Excise Duty rate of €2.72 a bottle might not just be a typo, but some form of weirdly accurate prediction.

What Lidl did yesterday was a game-changer – and a very dangerous one for the Independent Wine “Industry” in this country.
Posted by Liam Cabot at 10:38 AM