Luxury Champagne (well maybe...) and the benefit of Celebrity Endorsement 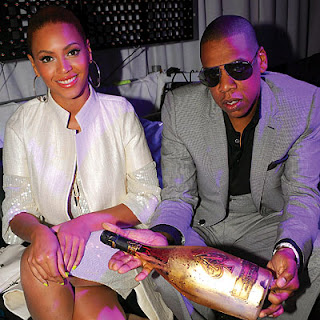 A few years back we started getting emails about Armand de Brignac "Ace of Spades" Champagne. After years of dubious emails requesting to purchase large volumes of "Crystal" from anonymous exotic sounding purchasers ("Champagne Tom" etc.) with unusual Gmail or Yahoo email accounts who wanted to pay by credit card, we suddenly started seeing requests for "Ace of Spades"... and no, it wasn't a new luxury cuvée that Motorhead had decided to endorse.

Instead it seemed to be an incredibly expensive and rare luxury Champagne that had just seemed to have appeared from nowhere. Yet there was lots of hype about it.

The following article originally appeared a few days ago on The Atlantic's website, but was removed "due to legal reasons", but luckily has been mirrored elsewhere - as below. Wonderful story!

If you thought Robert Parker had an influence on wines, then we're all underestimating the power of music to endorse a brand. Allegedly.....
Posted by Liam Cabot at 7:17 PM